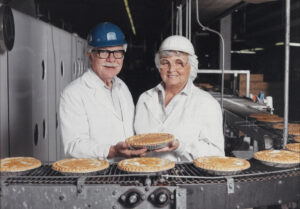 From raising pigs to starting a trucking company, Duane “Wick” Wickersham was always a hard working entrepreneur. On September 2, 1944, Wick was making a delivery to a local factory in Winchester, IN, and upon arrival noticed a commotion; an employee had spent his lunch hour at the pub and returned intoxicated. In his impaired state the employee caused an accident that shut down production. Wick overheard the plant managers complaining about how often their employees were getting intoxicated during their lunch break, and Wick suggested that they open a café inside the facility so employees would stay for lunch. A week later, the owners of the factory called Wick and asked if he would like to open that cantina. After a successful first year, he sold the cantina to the factory and started The Rainbow Restaurant in downtown Winchester.

Using many of his Grandmother’s recipes, Wick was successful with his new restaurant. The pies were such a hit (especially Sugar Cream Pie) that he started delivering them out of a 1934 Buick Sedan. Wick reached his goal of producing and selling 300 pies per day after just 4 years. Through hard work and word of mouth, the demand for Wick’s pies outgrew his capacity, and he needed to scale his production. 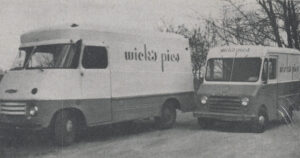 In 1961, Wick purchased a building just East of downtown Winchester and built his new production line which featured a nitrogen freezing process that allowed for the shipment of frozen pies. We still reside at 217 SE Greenville Ave in Winchester, where we now make 10,000 pies and over 30,000 pie shells in an 8-hour shift. 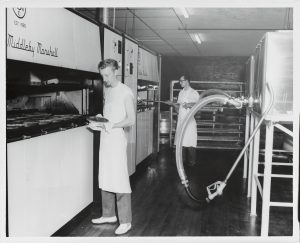 Like many family businesses, Wick employed his own children to help grow the company. Wick’s daughter, Paulette was hired in 1983 to work in production and retire as HR manager in 2006. Her son, Rob Kelly, has been with us since 1990 and is now our plant manager. In 1985, Mike Wickersham joined his father at Wick’s Pies and became our new company president. Mike’s son, Dylan, was brought on in 2014 for sales, social media and marketing. In 1990, Marsha Wickersham, Wick’s Daughter, joined Wick’s Pies to head up sales. Together, the family has grown Wick’s Pies by staying true to Wick’s values of making the highest quality product while providing great customer service. Today we employ more than 70 people who are part of the Wick’s Pies family.

Find a Retailer Near You! 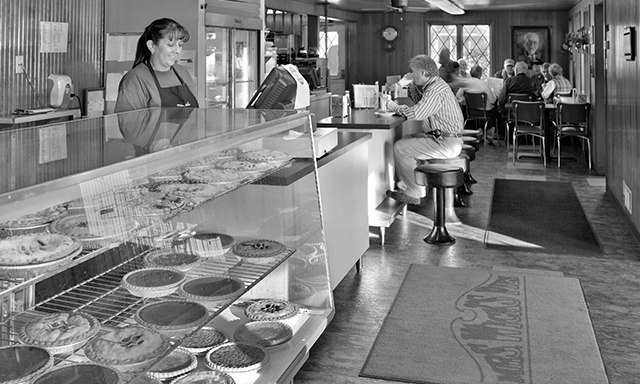 Mrs. Wick’s Restaurant is a full service Bakery Cafe that makes 36 varieties of pie each day.

Seven delicious pies to choose from! Just ship them to your doorstep, thaw, warm, and serve. 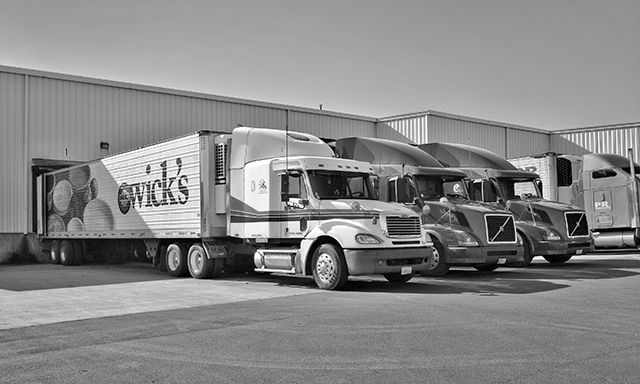 From pies to shells to dough sheets and glazes, we stand behind our product that continually exceeds the expectations of our customers.

Sign Up for our quarterly newsletter, coupons, and recipes.